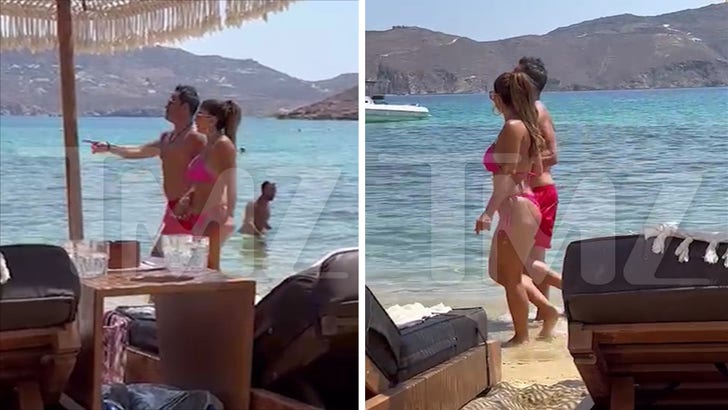 Teresa Giudice is doing her honeymoon the right way — and in her case, that’s with her banging bod on full display for all of Greece to see … with her hubby in tow.

The ‘Real Housewives’ star is out in Mykonos right now enjoying a little R&R with her new groom, Luis Ruelas — to whom she got hitched earlier this month in her native New Jersey. They’re one hot couple … and let all of the beach goers know it with a romantic stroll. 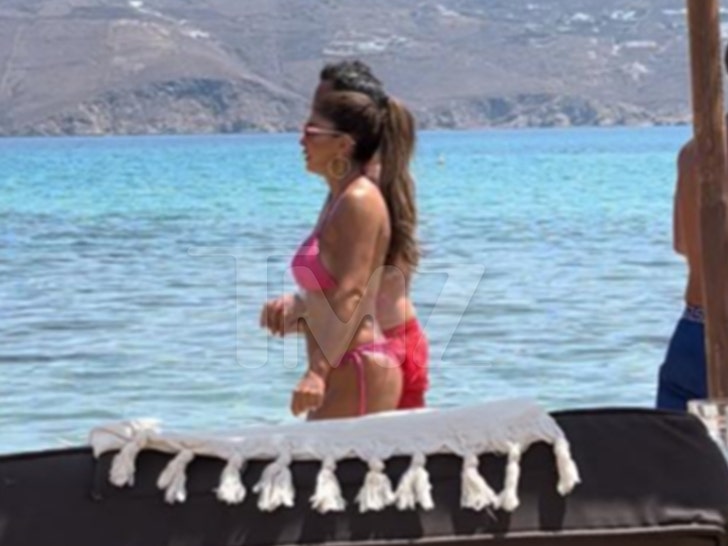 Check out this video, obtained by TMZ, which was taken Sunday morning … you see TG and Luis hand in hand as they cruise along the sandy shore, showing a lot of skin.

As you can see, Teresa’s in a hot pink two-piece bikini … and Luis is bare-chested in red trunks. They’re both in great shape, and it shows. It also seems they’re just having a blast in general — as one should on a honeymoon. Eventually, the couple took a dip in the water. 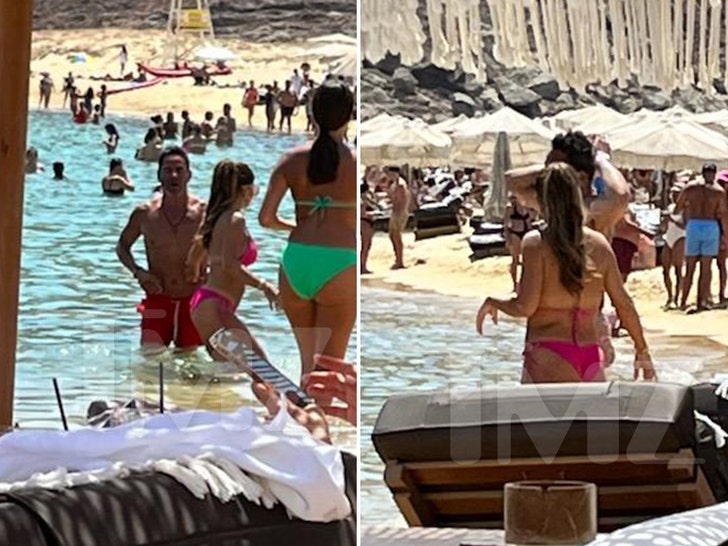 Eyewitnesses tell us that not too many people were bothering them — it’s unclear if anyone even recognized them, but all the better — and that Teresa and Luis were showing some PDA in each other’s company. These shots were taken at Principote Beach, BTW … super nice.

It’s great to see Teresa has found love again and was willing to marry. Her time with Joe Giudice, while eventful, was at times tumultuous and stressful. Now, she looks super happy.